AttendanceKit for Zoom
Track attendance for your Zoom class
Blog
Admin Login
Contact Us
Blog
/
Nichole Mann
/
Million Dollar Problem: How To Get Students To Do Stuff 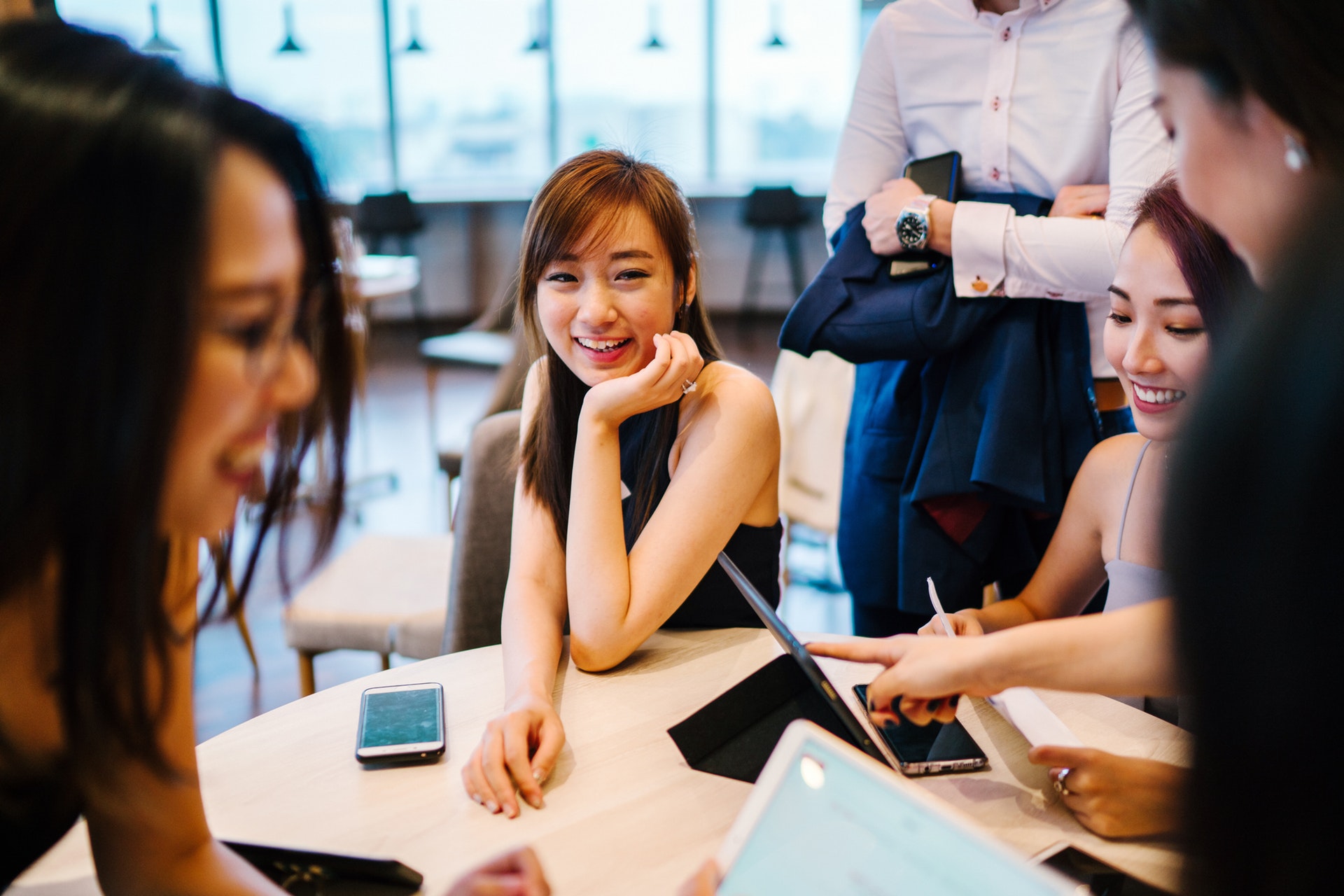 Million Dollar Problem: How To Get Students To Do Stuff

I don’t think I’ve ever attended a student affairs focused event where someone didn’t mention that students never answer e-mails. We like to send them. They don’t like to read them. This has become an eternal stalemate. It has also come to represent the larger battle of wills of trying to get students to do the dozens of things we “recommend” every semester without punishing, prodding, or babying. To our benefit, there has been a ton of research on how to get adults to do things that are already in their best interests. We can increase the number of students who do what we want them to, even if they aren’t formally required, using some pretty straightforward methods.

There’s no need to try to trick students into attending their advising meeting or submitting their paperwork on time. In fact, deception is the enemy when you want students to do what you want. A common strategy for making students comply with requests that I see (and, I’ll admit it, I’ve used) is to imply that something is “required,” even though you don’t have any authority to actually enforce it. This may backfire spectacularly, but usually it just slowly undermines you, making all of your requests seem less important. If something is important enough that it significantly impacts their success to be noncompliant, just make it mandatory. Don’t apologize, don’t argue. It has to be done. Then, when you offer something truly optional, use another approach to encourage students to participate. Save the big guns for the things that matter across the board. There is a reason why you believe this particular action is important, so you need to ask yourself the same question students are asking: “if it’s so important, why would students have a choice?”

I used to work in the office that held workshops on how to complete financial aid appeals. Students technically weren’t required to go, but they were kind of on their own if they didn’t attend. The result was that many students submitted partial appeals, then weren’t able to receive aid on time because their resubmitted forms went to the back of the line. The problem had an obvious impact on student success, so we started asking ourselves why we were allowing it to continue. We had been trying to accommodate the scheduling needs of our students by making the sessions optional, but the end result was that we’d allowed students the option to gamble on whether they actually needed the information we were presenting, and a lot of them were losing the bet. After trying a few options, we decided to make the group sessions mandatory…but how? We couldn’t stop a student from exercising their right to appeal. So we made the appeal workshops the only place a student could receive the paperwork they needed. Students who absolutely couldn’t attend were granted an individual session, but we made those much harder to come by. Instead of an either-or, it became a worst case scenario alternative. We immediately began seeing the bulk of students attend the group sessions, freeing up the time we’d been spending answering one-off questions and accommodating individual sessions to serve other students.

2) Tell Them Why They Care

It’s completely normal and human to pare down your activities to only include things that have value to you. Why would we expect students to be any different? They throw away junk mail. They dismiss weather alerts on their phones without reading them. And they don’t follow up on your referral because they’re sure they’ll figure it out on their own eventually. As a result, the problem might be much bigger by the time it becomes a priority…which you saw coming, but the student genuinely didn’t. If we want students to take action now, we need to tell them our end game.

There’s always an underlying purpose behind it when we try to convince students do something they wouldn’t otherwise do. This makes it beneficial to be candid with the student about why you want them to do something and, more importantly, what it has to do with them. We all know that sometimes we ask students to do things just because it makes our jobs easier, but we’re very hesitant to say that out loud.

The thing is, students are generally willing to take actions once they understand the purpose, even if the purpose is to help us out.

When I needed to switch my advisees to a new degree planning system, one of my concerns was that the initial setup wasn’t hard, but it was time consuming. So I put together a step-by-step guide on how to do the setup, and started handing it to my students as homework to complete before their first advising appointment. Even I thought this was a terrible idea. My inner voice of reason condemned me mightily. No one does advising homework. Ever. I was setting myself up for months of “did you set up your plan? No? Ok, let’s do that first…”

But then, something wild happened. They started doing it. Often without a reminder. What did I do right this time that I’d missed when I’d asked students to complete pre-advising tasks before? The only thing I knew I’d done differently was that I had just told the students up front that it took some time to set up and I didn’t want to use advising time on it. This statement was admittedly blurted out more than deliberately planned, but it had the desired effect. This needed to be done, and if they complied with my request and did it in advance, their advising appointment would be faster and easier for both of us. They could get on board with that. None of them wanted to sit there with me for an extra 15 minutes, completing a boring task that could easily have been done at home, so they actually appreciated having a chance to make their appointments run more smoothly. Students often don’t have the context to know why whatever we’re asking them to do is useful. If we don’t tell them, they simply don’t care enough to make it a priority. By laying out my agenda, I had shown why this was a task worth their attention.

3) Make It Easy to Comply

A basic tenet of motivational psychology is that if the value of a task is commensurate with the effort required, it will probably get done. By either acknowledging the task’s value enough to make it mandatory or providing a clear, simple explanation of why the student should care, we help the student assign value to our task. *Some things, though, are always going to be much more useful to us than they are to the student. For example, if you want to send out a student satisfaction survey, the student gets very little direct benefit (unless you’re providing a bribe, which I’m not above if the situation calls for it, but it’s hardly a failsafe strategy). They’re doing you a favor and they know it. You know to keep the survey short and simple, but did you make it mobile-friendly? More and more students are living their online lives primarily through their phones-they’ll pull it up on the spot on their mobile device, but won’t go back to it later if they need a computer. If your survey is a pain to get to or complete in their preferred format, they don’t want to help you badly enough to deal with it.

Another thing to watch for: your task may have too many steps to skew the effort to outcome ratio in your favor. Take away some of the steps, and it becomes worth the effort to do what you asked. When I created an information site for my students in our online learning platform, I was so excited about all of the things it could do for students. I didn’t understand why I had to continuously e-mail students to accept the invitation to the site. I did it for them! It was going to be great, why weren’t they clamoring to get in on this? I didn’t consider that I’d made it too hard to comply. In my mind, all they had to do was click a link. In their mind, they had to read an automated e-mail from the learning platform in the first place, they had to go to another screen to do it, and then they had to actually accept and figure out how to get back to where they started, when they had no idea what this thing was or why it mattered. My one step was three or four to the students, and that was about three or four too many.

Sometimes, if a request is easy enough to comply with, students will just humor you.

Getting them engaged with the site started with making it an easy ask, even if they didn’t fully understand the why yet. I started by sending the invitations to students while they were on campus attending new student orientation. Then, when it was time to register for classes and they were already logged in to a computer, I explained what the site was and had them accept the invitation on the spot. It took less than a minute, and now my site was a real thing that they knew exactly how to get to and could peruse at their leisure. Not only did the site have fewer stagnant invitations, but the students started using it. Accepting the invitation was a low priority task to them, but it was also low effort, so they did it, and now that it was easy to access, they were willing to give it a shot.

Motivation is tricky, but really it comes down to some very intuitive, very human qualities. People like to make other people happy, but they won’t make extraordinary efforts just to make life easier for someone they barely know. People want to be thorough, but don’t want to spend time, energy, or money on something without a clear understanding of its worth. Your students aren’t ignoring you because they’re difficult or lazy, they’re ignoring you because we’re all programmed to make the best use of our resources, and you’re not making a good enough case as to why your agenda is worth theirs. If you want them to read every e-mail, send fewer, more targeted e-mails with clear subject lines. Want them to complete paperwork early? Create an option to submit it online and give the forms names that make it clear what it accomplishes-no more “New Course Addition or Adjustment Request,” just call it an “Add/Drop Courses Form.” Simple changes can help redirect students’ finite energy and resources, increasing the odds that they’ll share your perception of the value of the task, or at least care enough about pleasing you to comply. Employ the Effort+Value=Motivation formula, and I guarantee you’ll see increased compliance with your requests. Even the boring ones.